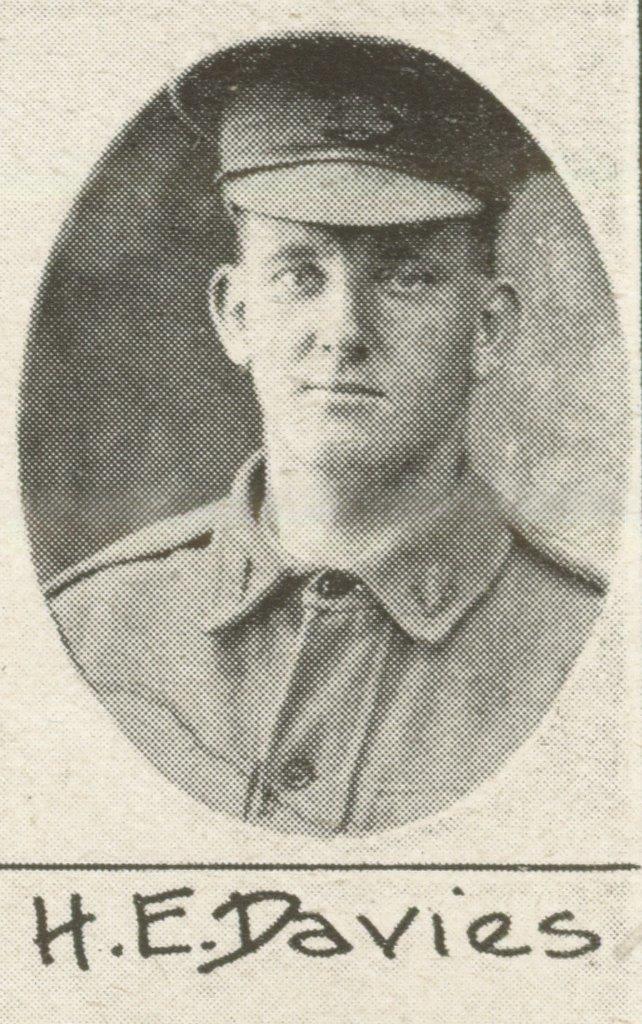 Harold Davies joined his unit in France in December 1916. On 4 October 1917 in Belgium he was wounded in action near Passchendaele and evacuated to the 3rd Canadian Casualty Clearing Station where he died of his wounds the next day. He was only 19.