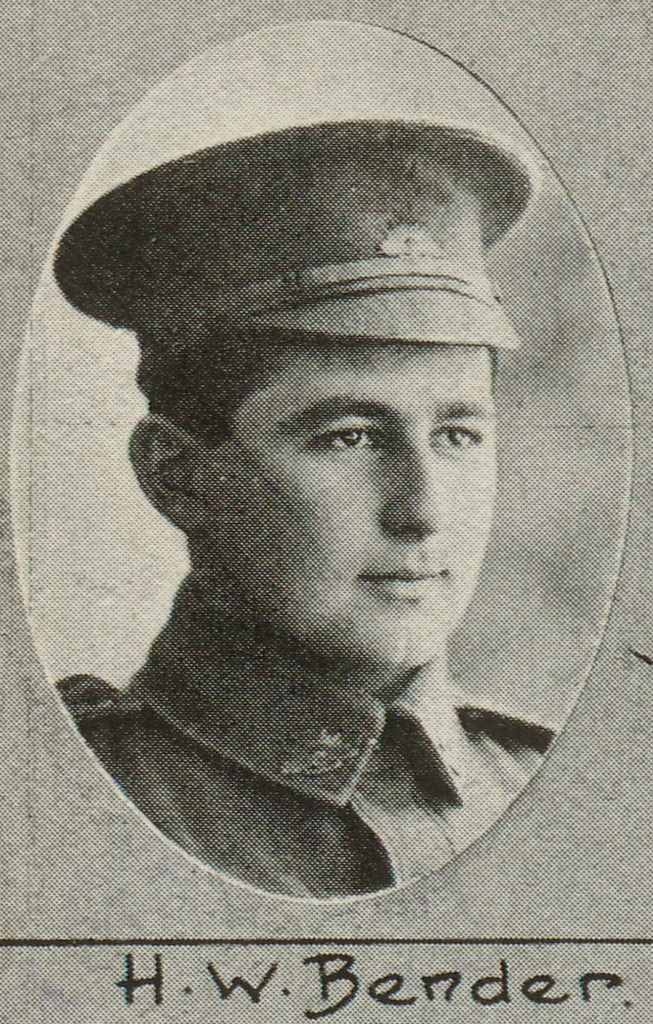 Brother of 7688 Private Reginald Henry Bender (not on Roll of Honour).

Harold Bender arrived in Egypt in March 1916. In June he contracted influenza and was invalided to England. In September he transferred to the 5th Battalion. In March 1917 he was assessed with ‘atrophy of the right leg’ and was discharged prior to returning to Australia in April.