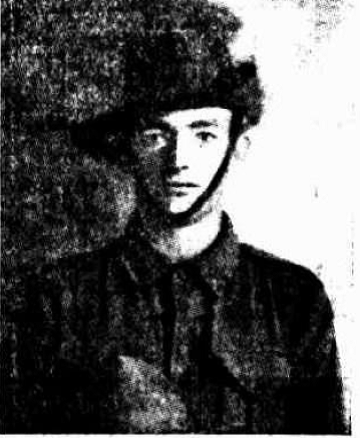 Henry Adcock arrived in France in June 1916 as a driver with the 4th Divisional Train. In Belgium in October 1917 his brave deeds at Zonnebeke earned him the Military Medal. In May 1918 he transferred to the 46th Battalion and eventually completed his service with the 26th Australian Services Corps. He returned to Australia in May 1919 and was discharged in July.

Military Medal citation: "Near Passchendaele Ridge north-east of Zonnebeke on 12th October 1917 Driver Adcock showed great courage and determination taking his mules through heavy fire. His mules were constantly bogged and Driver Adcock extracted them although the enemy was shelling the locality heavily. He set a splendid example to all ranks and his utter contempt of danger was wonderful." (Awarded 9 November 1917).