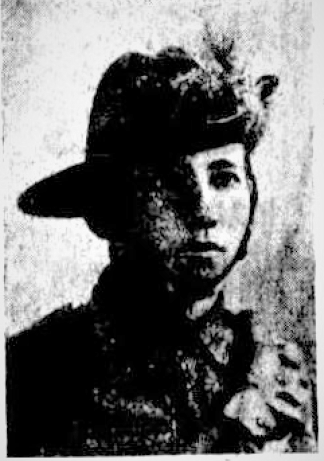 Henry Apelt served at Gallipoli from October to December 1915. In Egypt in November 1916 he was hospitalised with a fever at the 14th Australian General Hospital in Cairo, returning to duty in January 1917. In March 1918 his bravery in Jordan earned him the Military Medal. He was promoted to Sergeant in October. He returned to Australia in March 1919 and was discharged in June.

Military Medal citation: "His Majesty the King has been graciously pleased to award the Military Medal for bravery in the Field." (Awarded 27 November 1918)