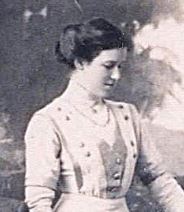 Jessie Hogg was the daughter of James Hogg, Medical Superintendent of Goodna Mental Hospital. After working with the British Red Cross in England from 1915, Jessie returned to Brisbane. She joined the Australian Army Nursing Service at Enoggera Military Hospital in September 1918 and embarked for Salonika in October with AANS Reinforcements. Shortly after, the Armistice was announced and the nurses were disembarked at Albany WA. Jessie was sent to Woodman’s Point Quarantine Station near Fremantle to nurse influenza patients. While on duty there she contracted the flu but recovered and returned to Toowoomba in April 1919.