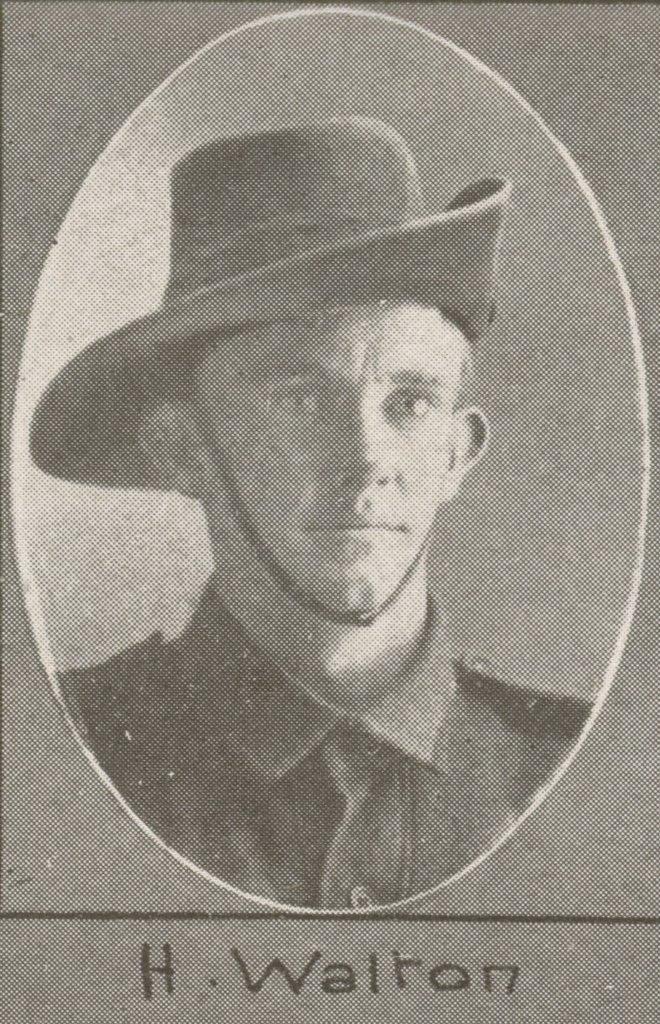 Military  Medal citation: “For conspicuous gallantry and devotion to duty during the attack on our positions opposite Dernancourt and Albert on the 5th April 1918. When the telephone lines were cut by heavy shelling in the vicinity of his battery position, Gunner Walton at once went out to repair the breaks. In company with another man, at great personal risk, he succeeded in re-establishing and maintaining communication with Group Headquarters, a task which entailed constant work under very heavy shell fire.” (Awarded 27 November 1918)