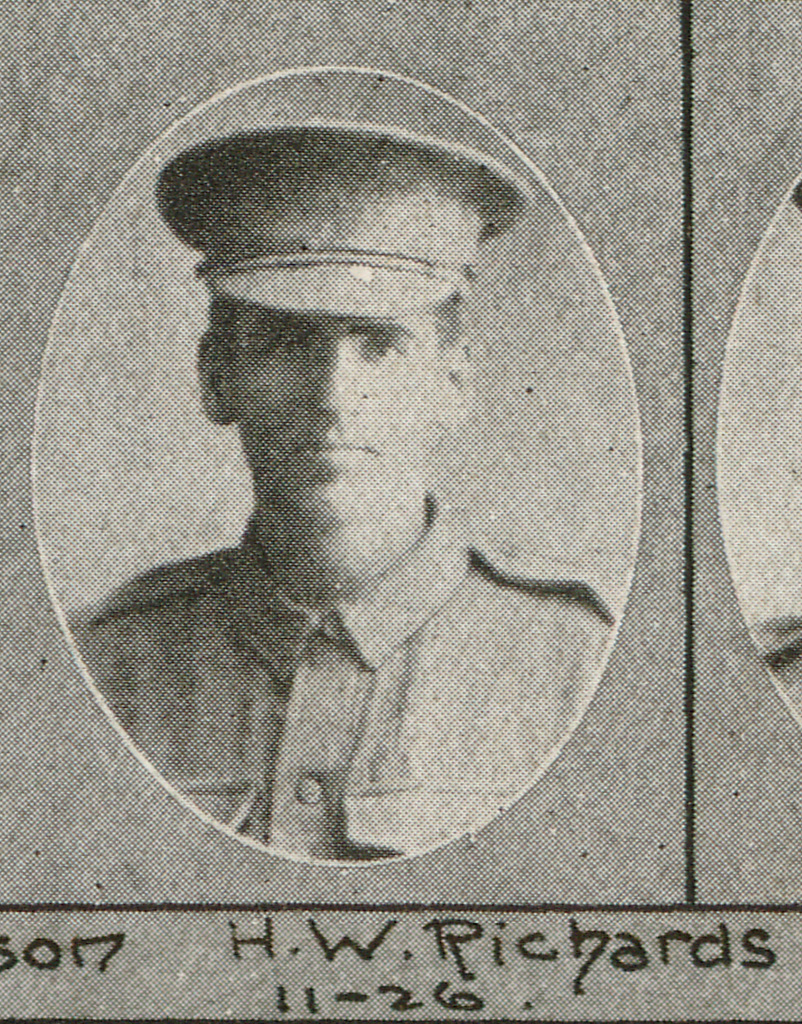 Hordern Richards landed in France in May 1916. In August he was wounded in action in France and hospitalised, returning to his unit in September. In December he developed trench feet and was treated in England. He returned to France in March 1917. In Belgium he was reported ‘wounded and missing’ following an attack on 4 October at Ypres. Six months later a Court of Enquiry concluded he had been killed in action and buried nearby.

In August 1919 his burial site was discovered where he was identified by his paybook. His remains were exhumed and re-intered at Perth Cemetery (China Wall) at Zillebeke,