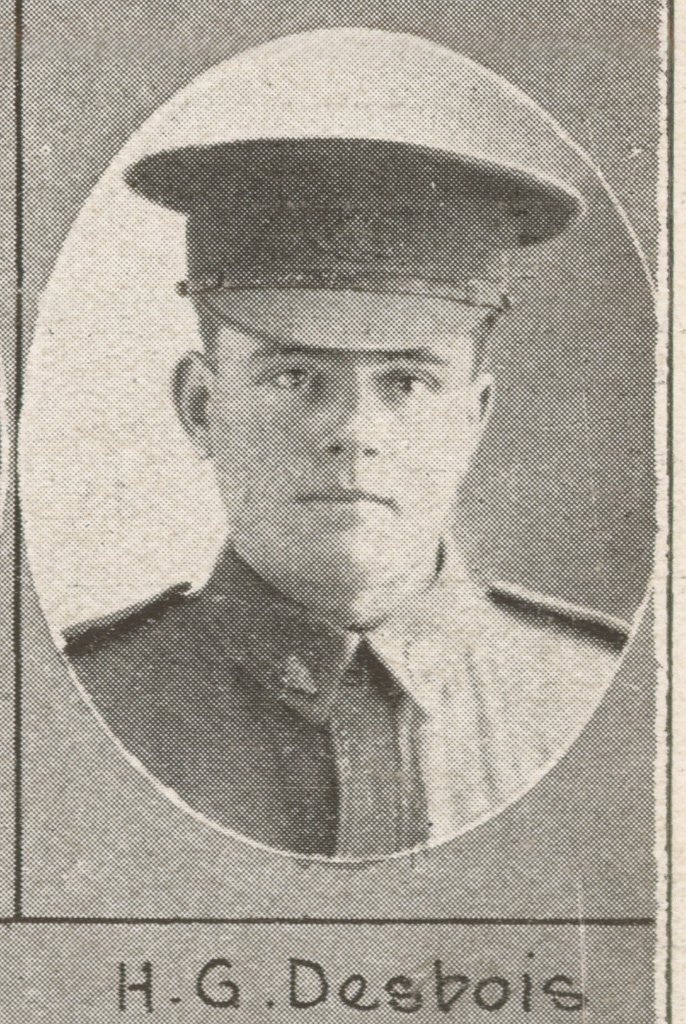 Hugh Desbois landed at Gallipoli in November 1915 and was evacuated in December. In Egypt in March 1916 he transferred to the newly-raised 47th Battalion and arrived in France in June. He was wounded in action in August and hospitalised in France before being admitted to Chatham Military Hospital. He returned to Australia in February 1918, aged 21.