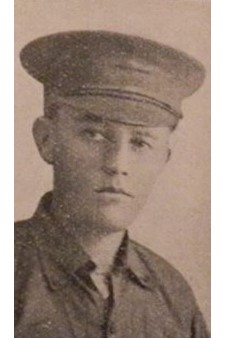 Jacob Helms landed at Gallipoli in May 1915. In December he developed oedema and was invalided to hospital in Cairo. He re-joined his unit in Egypt in February 1916 and arrived in France in March. In July his bravery at Pozieres earned him a DCM and he was promoted to 2nd Lieutenant in August. During an attack at Flers in November 1916 he was killed in action. His body was never found.

Distinguished Conduct Medal citation: ‘For conspicuous bravery and devotion to duty at Pozieres. On night of 25-26 July he reconnoitred the ground under heavy shell fire, and placed two Lewis guns in position displaying great judgment and coolness. On night of 28-29 July he collected stragglers and guided them across open country to newly dug trench. He acted as a guide to 28th Battalion prior to their attack on German trenches and afterwards went inti No Man’s Land and brought in wounded men under heavy fire.' (Awarded 14 December 1916)