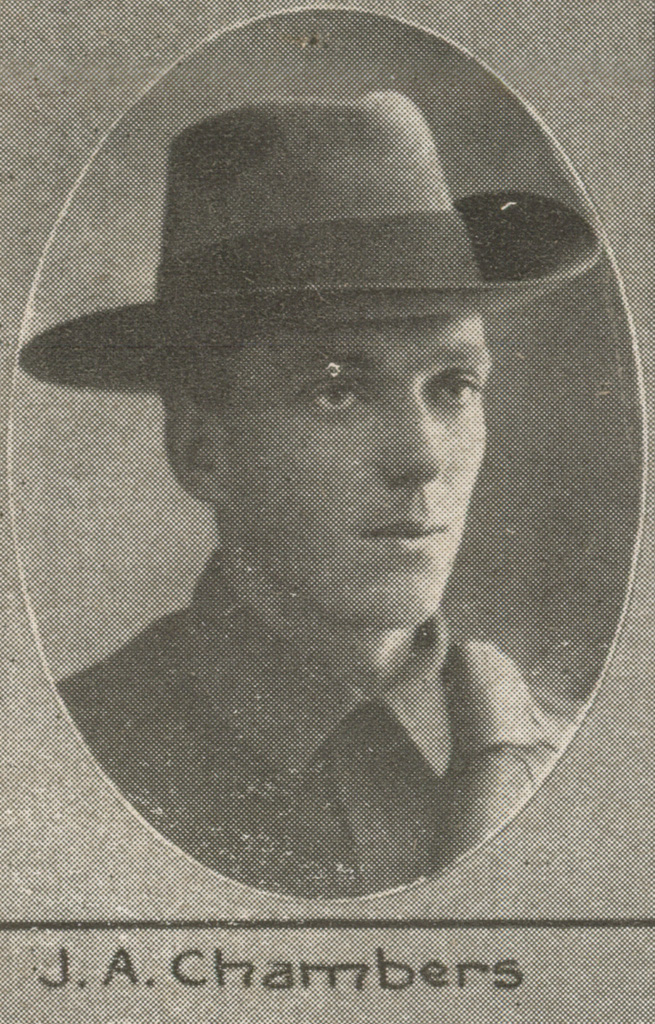 James Chambers landed at Gallipoli in May 1915. He was wounded in action 17 days later and hospitalised in Egypt. In May 1917 he was hospitalised with an unspecified ‘debility’ at the 14th Australian General Hospital, re-joining his unit in July. On 16 July 1918 he was killed in action near Jericho and was buried at the nearby Anzac Casualty Clearing Station. After the war his remains were exhumed and re-interred at the Jerusalem War Cemetery.