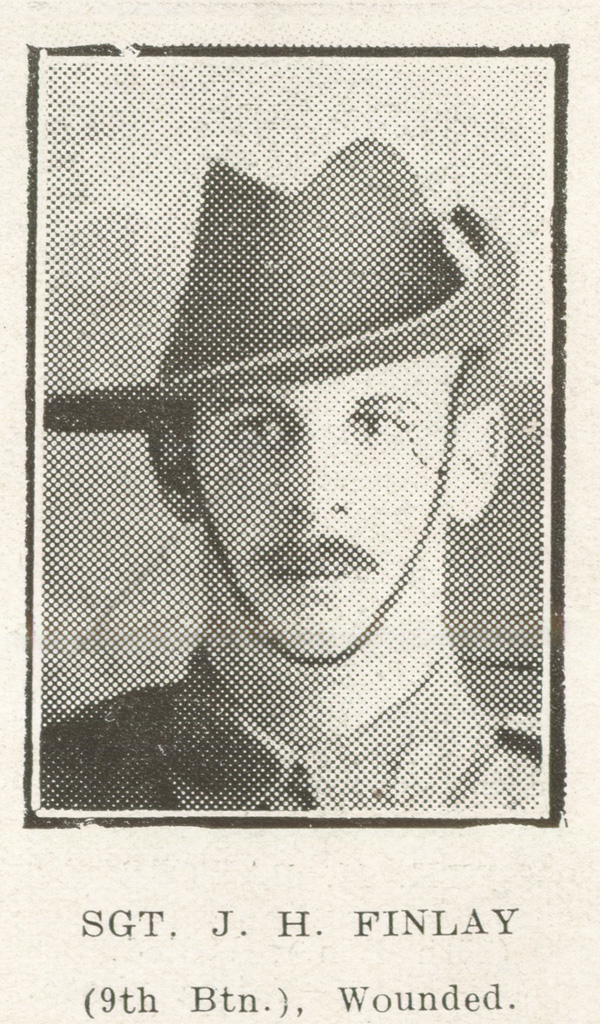 James Finlay landed at Gallipoli on 25 April 1915 - a week later he was wounded in action. In July he was promoted to 2nd Lieutenant and, shortly after, was wounded again. He was hospitalised in Malta and England and invalided to Australia in April 1916. He re-enlisted in March 1917 and returned in England in December. Unfortunately the Medical Board determined that his wounds had left him ‘medically unfit to serve’. He returned to Australia in April 1918 and was discharged in July.