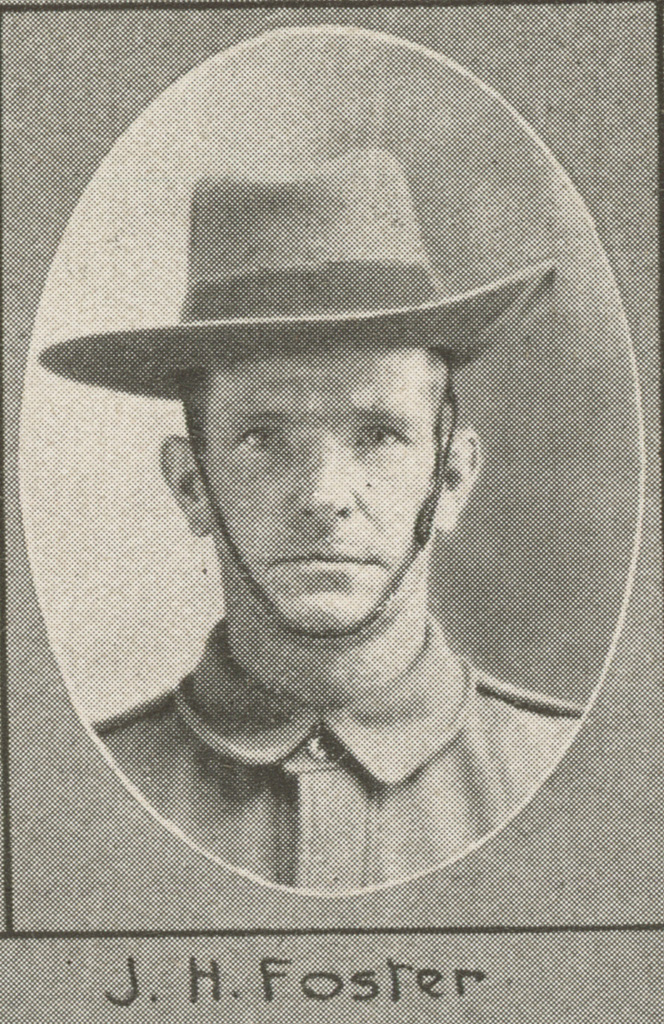 James Foster landed at Gallipoli on 25 April 1915. He was reported missing following a battle on 14 May. In April 1916 an AIF Court of Enquiry confirmed he had been killed. His body was never found.