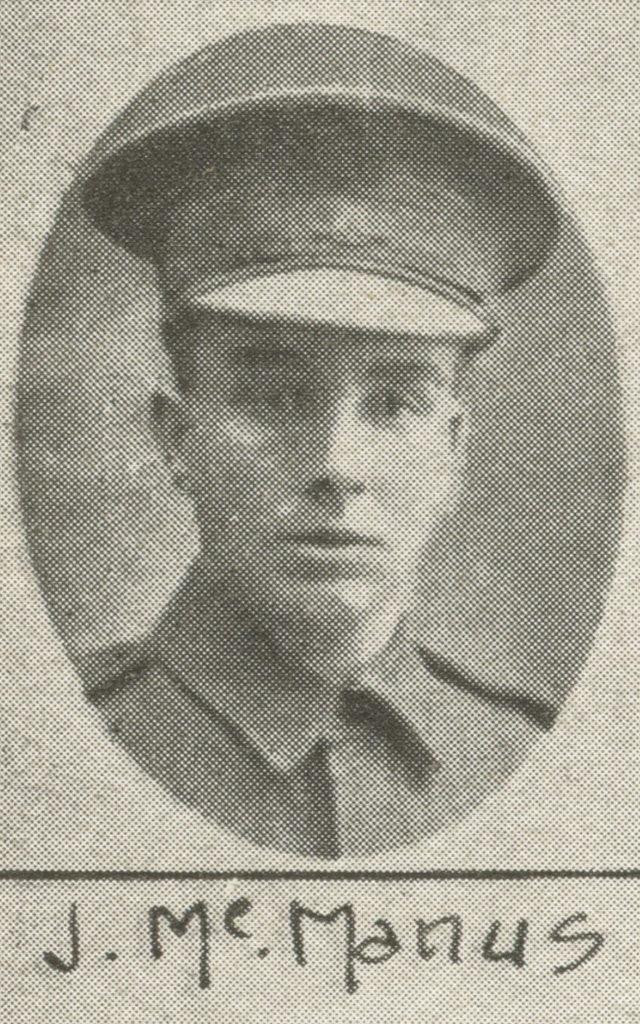 James McManus arrived in France in January 1918 following four months training in England. In February he transferred to the 25th Battalion. He was killed in action on 4 August near Amiens (during the allied armies’ most successful single day on the Western Front). He was 22. He was buried near the battlefield but after the war his grave could not be found