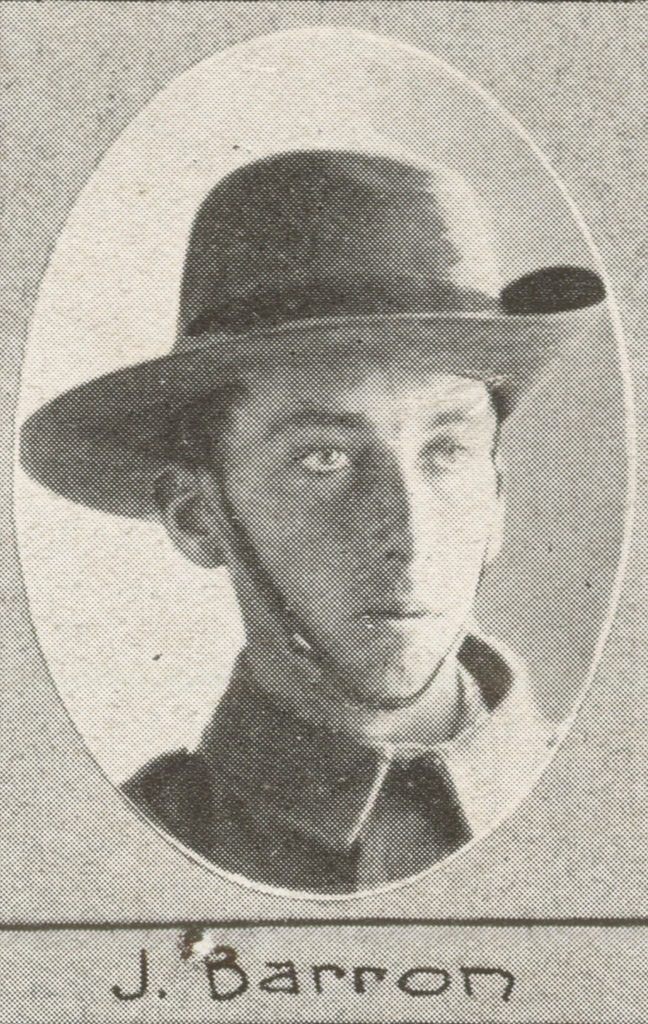 James Barron landed at Gallipoli in May 1915. Three weeks later he contracted typhoid and was evacuated to Egypt, returning to Gallipoli in July. In Egypt in March 1916 he transferred to the 13th Machine Gun Company and arrived in France in June. On 5 September he was reported missing following the previous day's fighting at Mouquet Farm near Pozieres. A Court of Enquiry later confirmed he had been killed in action. His body was never recovered.