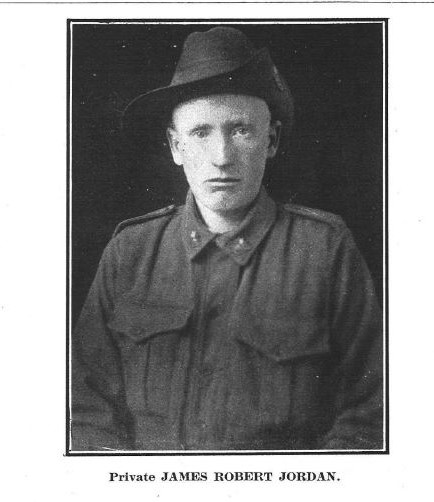 James Jordan transferred to the 2nd Pioneer Battalion in Egypt and arrived in France in March 1916. In August he was wounded in action but re-joined his unit after three weeks in hospital. Twenty four days later he was wounded at Passchendaele and evacuated to the 1st Australian Field Ambulance where he died the next day. He was 21.