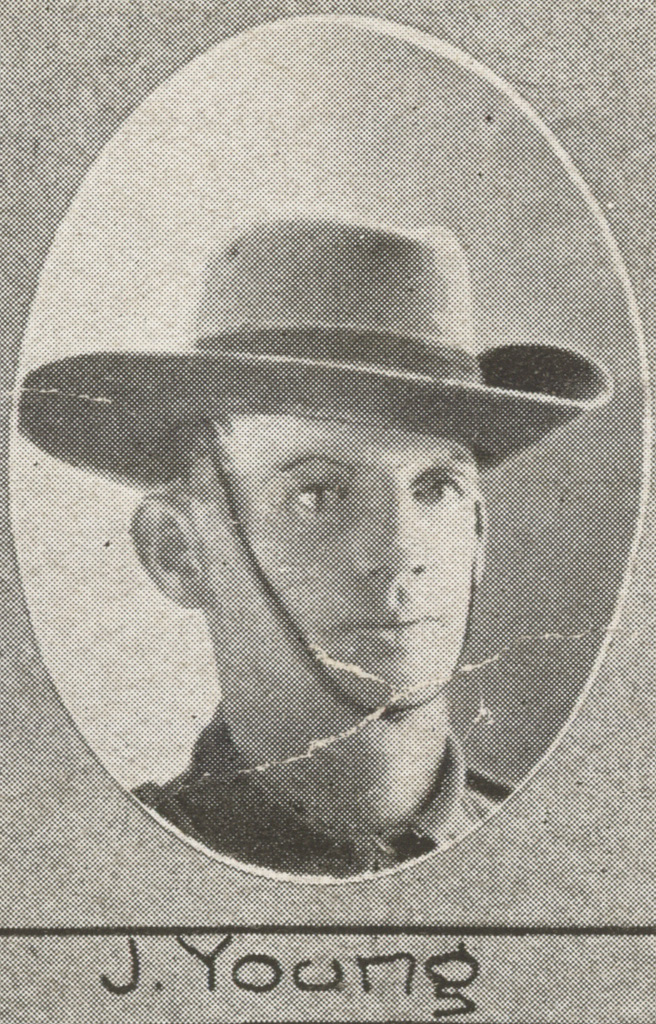 James Young landed at Gallipoli in May 1915 and was wounded ten days later and evacuated to the 15th Australian General Hospital in Alexandria. He re-joined his unit in June and was killed in action near Lone Pine six weeks later.