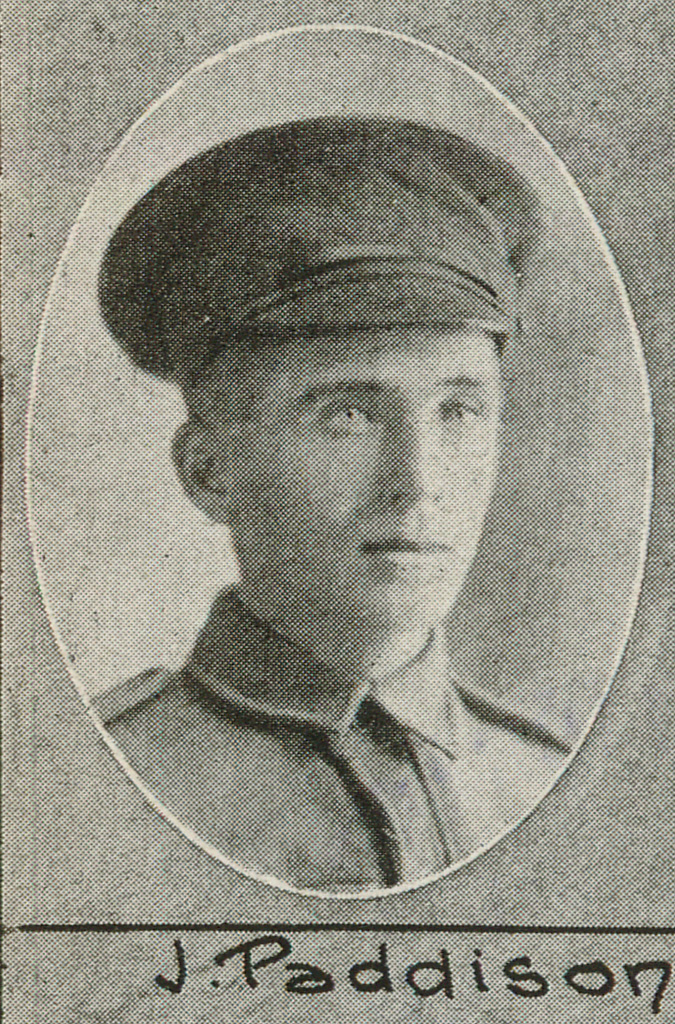 Jesse Paddison was transferred to the newly-formed 47th Battalion in Egypt in April 1916 and arrived in France with this unit in June. In August he was severely wounded in his left arm at Pozieres and invalided to the Lord Derby War hospital at Warrington where his arm was amputated. After convalescing at the 3rd Australian Axillary Hospital at Dartford he returned to Australia in February 1917.