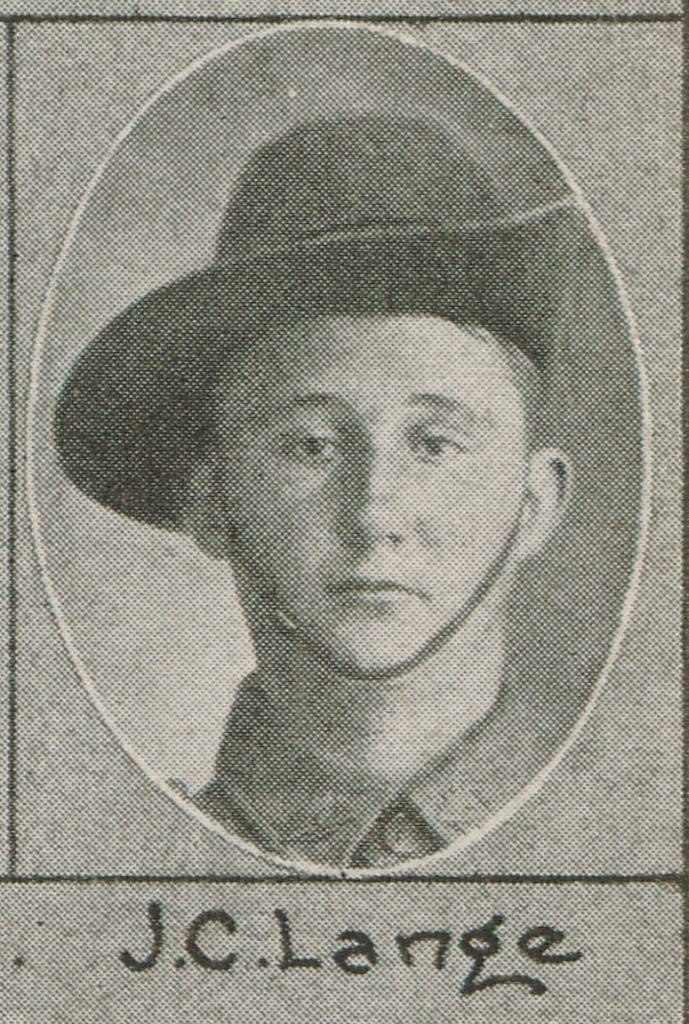 John Lange landed in France in December 1916. At Zonnebeke in Belgium on 4 October 1917 while advancing with his unit a mortar shell burst among them, killing many. He was listed as “wounded and missing” until a Court of Enquiry in April 1918 concluded he had also been killed in action. He has no known grave.