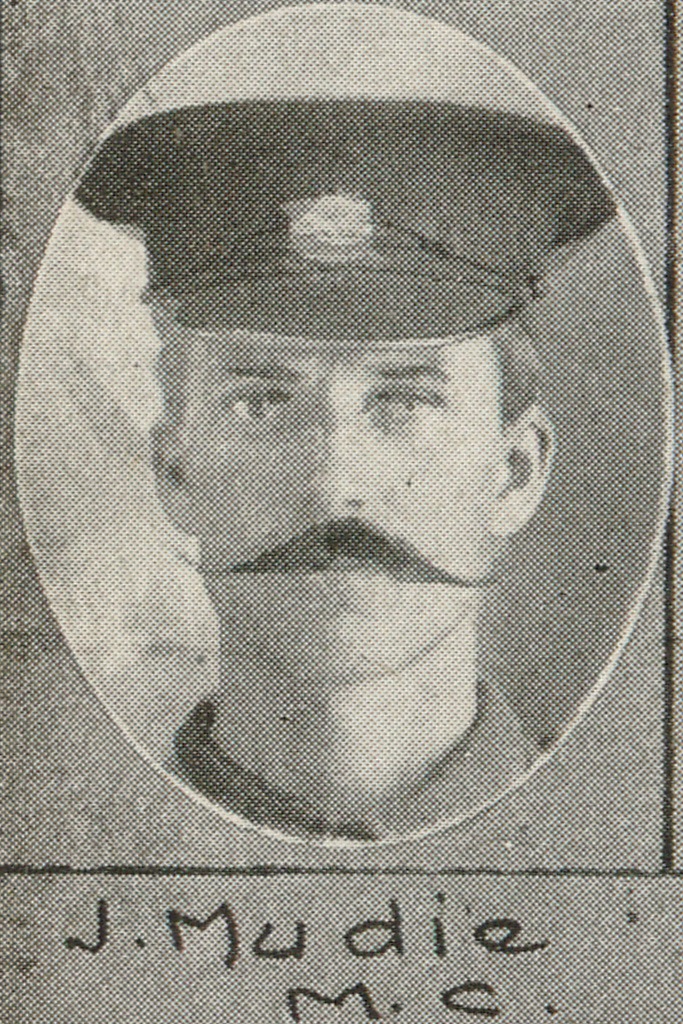 John Mudie arrived in France in May 1916 with the newly formed 1st Australian Tunnelling Company to relieve the British 175th Tunnelling Company in the Railway Wood-Hooge-Armagh Wood area in Belgium. In November the Australians took over the mines at Hill 60 near Ypres from two Canadian tunnelling companies. These mines were loaded with high explosives and extended under the surrounding German trenches. Mudie and his fellow tunnellers extended and repaired the mines and occasionally entered no man’s land after dark to throw bombs at the enemy. It may have been during one such raid that he was killed in action.

(The Battle of Messines began at Hill 60 before dawn on 7 June 1917 when nineteen tunnels packed with 450,000 kg of high explosives were detonated. By the end of the day 10,000 Germans were reported missing.)