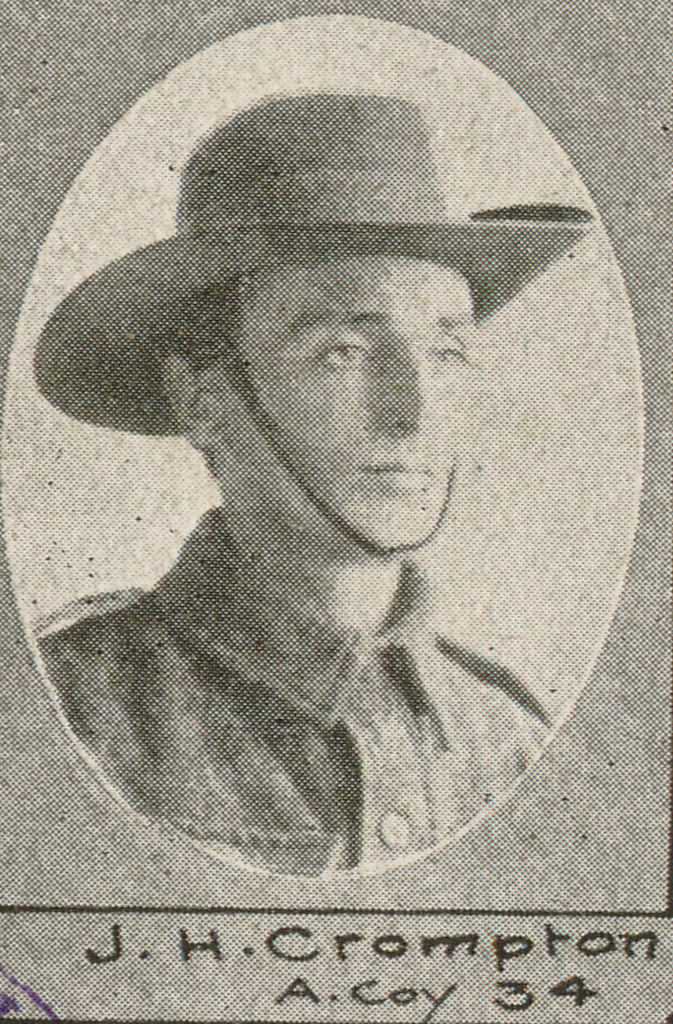 John Crompton landed in France in November 1916 then spent several months in and out of hospital in France and England with dysentery and enteritis. He returned to France in June 1917 and re-joined his unit in August. Six weeks later in Belgium he was reported missing in action. In May 1918 a Court of Enquiry found he had been killed in action near Zonnebeke on 4 October 1917. His body was never found.