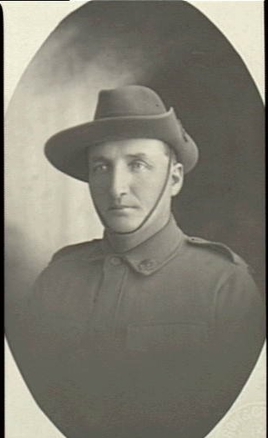 John Quinlan arrived in England in January 1917. He contracted mumps at Rolleston Camp and was admitted to the Australian Auxiliary Hospital at Harefield Park House. He eventually joined his unit in France in July. In Belgium on 1 January 1918 he was wounded by a gas attack at Warneton and evacuated to the 2nd Australian Casualty Clearing Station where he died three days later.