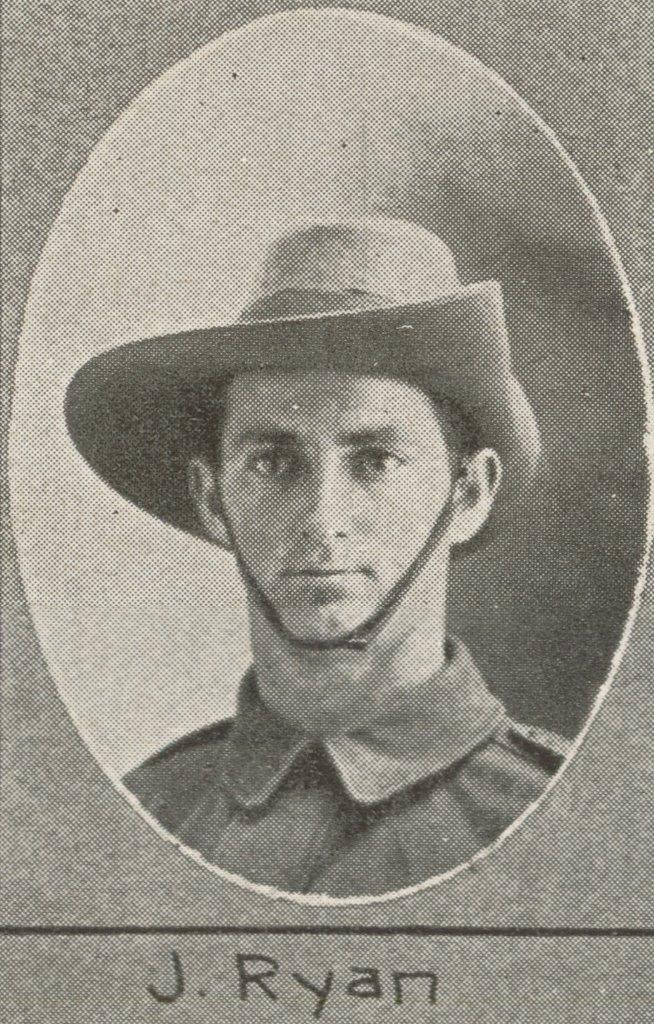 John Ryan served at Gallipoli with the 3rd Field Artillery Brigade 7th Battery in November and December 1915.  He arrived with this unit in France in March 1916. In August he was wounded in action by shrapnel near Warloy-Baillon and died of his wounds at the 13th Field Ambulance the same day. He was 21.