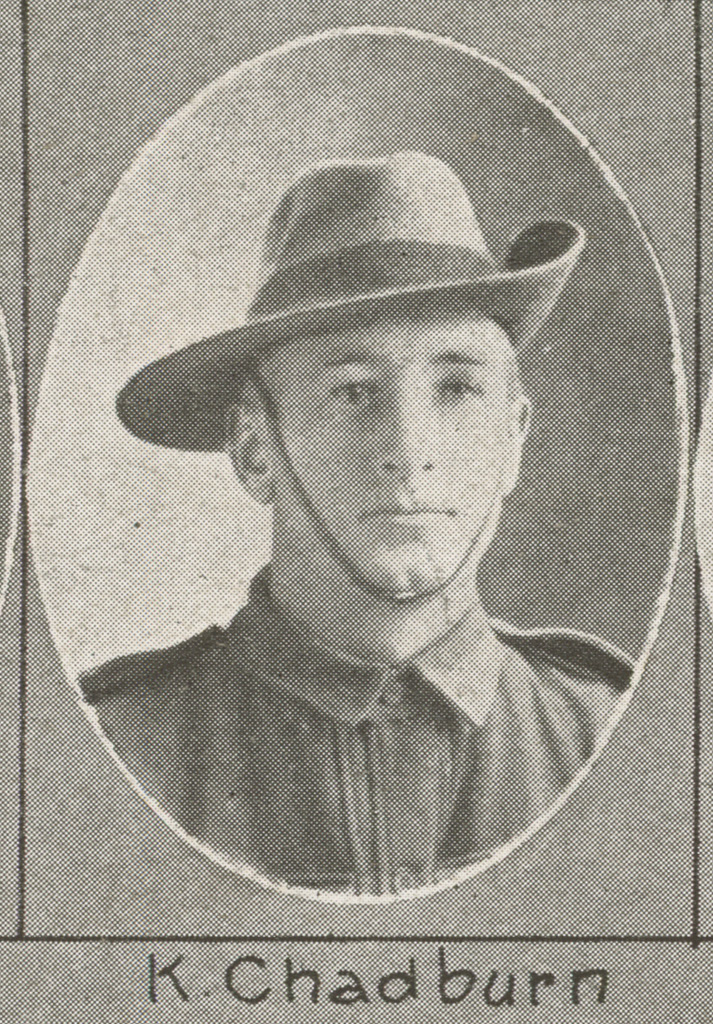 Kenneth Chadburne arrived in France with his unit in April 1916. In September he was Mentioned in Despatches for his actions at Ypres. In France in October 1917 he was accidently shot and evacuated to hospital in Oxford. He re-joined his unit in France in January 1918. In Belgium on 2 April 1918, during the German offensive in Flanders, he was wounded in action and admitted to the 11th Casualty Clearing Station where he died the same day.

Mentioned in Despatches citation: “For participation in a very successful raid on the enemy trenches on 30 September 1916.” (Awarded 6 October 1916)