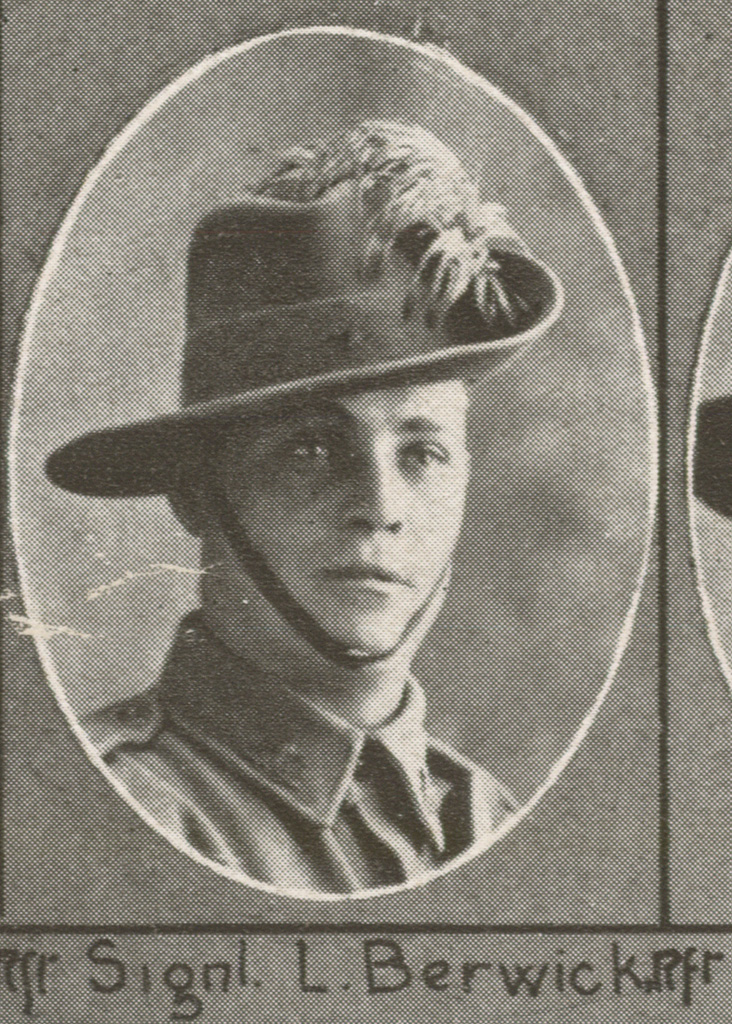 Also named on Toowoomba Mothers’ Memorial and Jondaryan's Honour Board.

Lawrence Berwick landed at Gallipoli in October 1915. He soon became ill and was evacuated to the British Military Hospital at Gibraltar. He arrived in France in January 1917 and was killed in action at Noreuill in April when a shell exploded near his dugout.