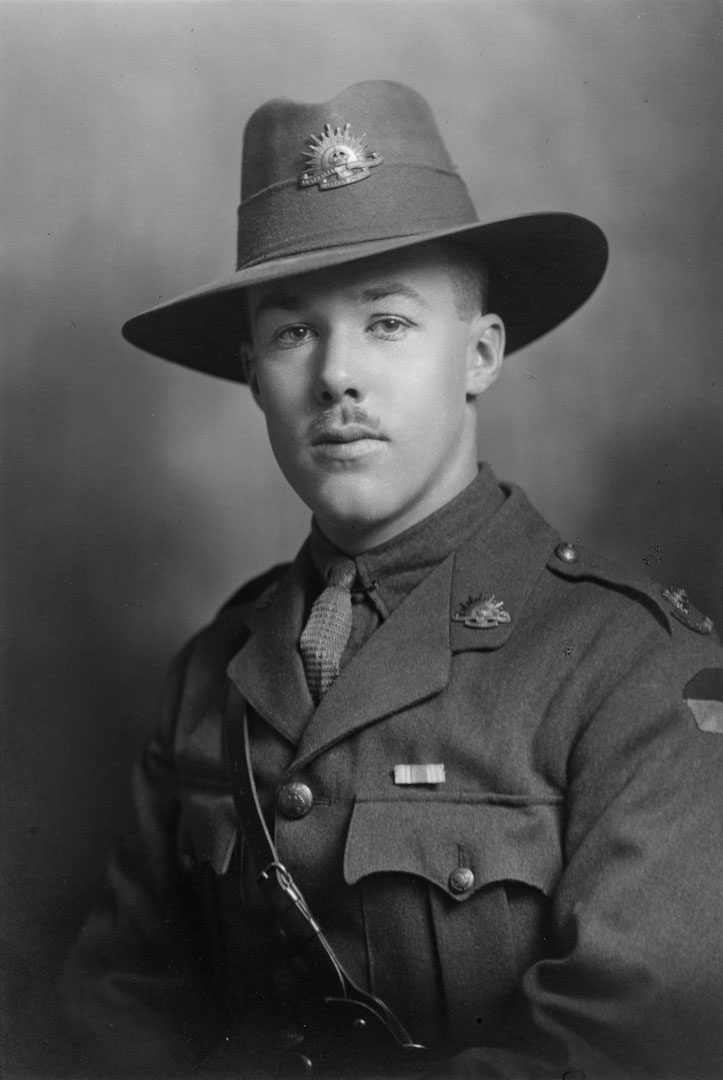 Leslie Boyce was promoted to Sergeant in England and arrived in France in November 1916. Promoted to 2nd Lieutenant in June 1917, he was wounded in action at Ypres in October and evacuated to London’s Prince of Wales Hospital. For his bravery during the October fighting at Ypres he was awarded the Military Cross. Promoted to Lieutenant in January 1918, he was severely wounded in action in March with gunshots to both thighs and evacuated to London’s 3rd General Hospital. In July he was invalided to Australia. He was 21.

Military Cross citation: "For conspicuous gallantry and devotion to duty when in command of his platoon during an attack and of the company after reaching the objective, all the other officers being killed or wounded. He remained in command for two days consolidating the position and repelling counter-attacks." (Awarded 18 December 1917)