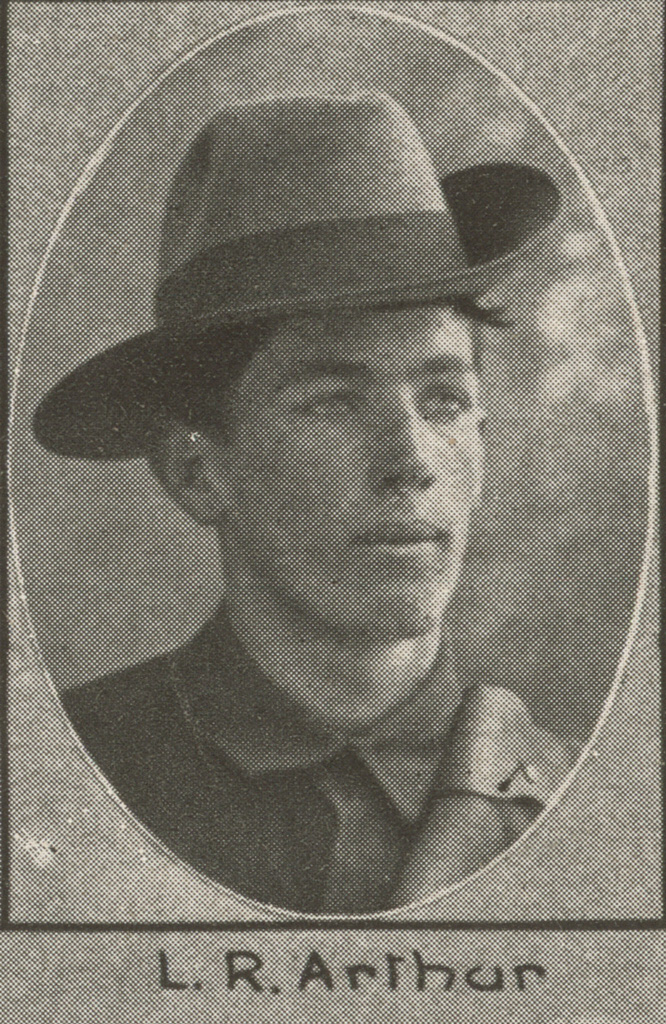 Cousin of 1537 Private Clive Arthur and 571 Private Albert William John Tallentire (neither on Roll of Honour).

Leslie Arthur embarked with the historic first AIF Contingent and arrived at Gallipoli from Egypt in early May 1915. He was killed by machine gun fire in a daybreak attack at Quinn's Post. He had just turned 20.