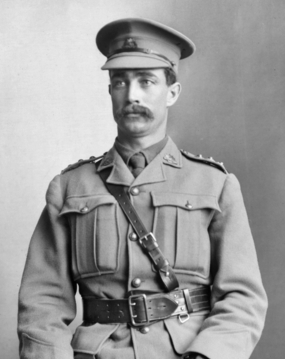 Lewis Kimber arrived in Egypt in December 1915 where he transferred to the newly-raised 46th Battalion in March 1916. He landed in France in August and was seconded as Adjutant of the Australian Base Depot. In December he contracted bronchitis and was admitted to Liverpool Merchants Hospital, re-joining his unit in France in March 1917. On 11 April during an attack at Bullecourt he was severely wounded in his right hip and foot. He was hospitalised in Rouen where his leg had to be amputated. He was invalided to Australia in November.