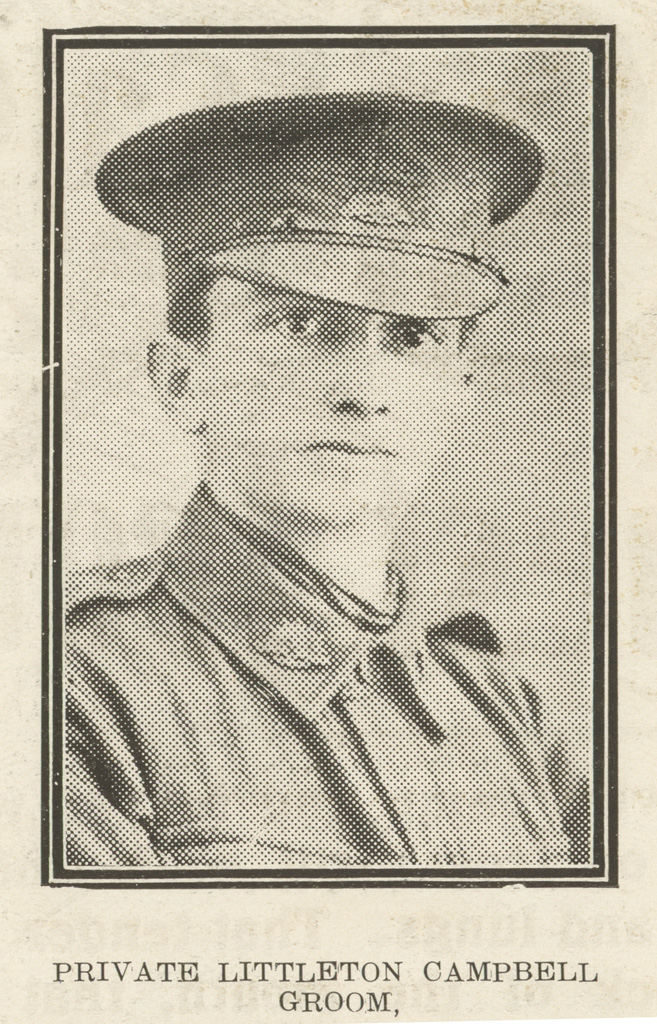 Littleton Groom arrived in France in November 1916. During February and March 1917 he was hospitalised with scabies and boils at four different Australian Field Hospitals. He finally re-joined his unit in April. He was killed in action on 10 June at Messines in Belgium and buried two weeks later.