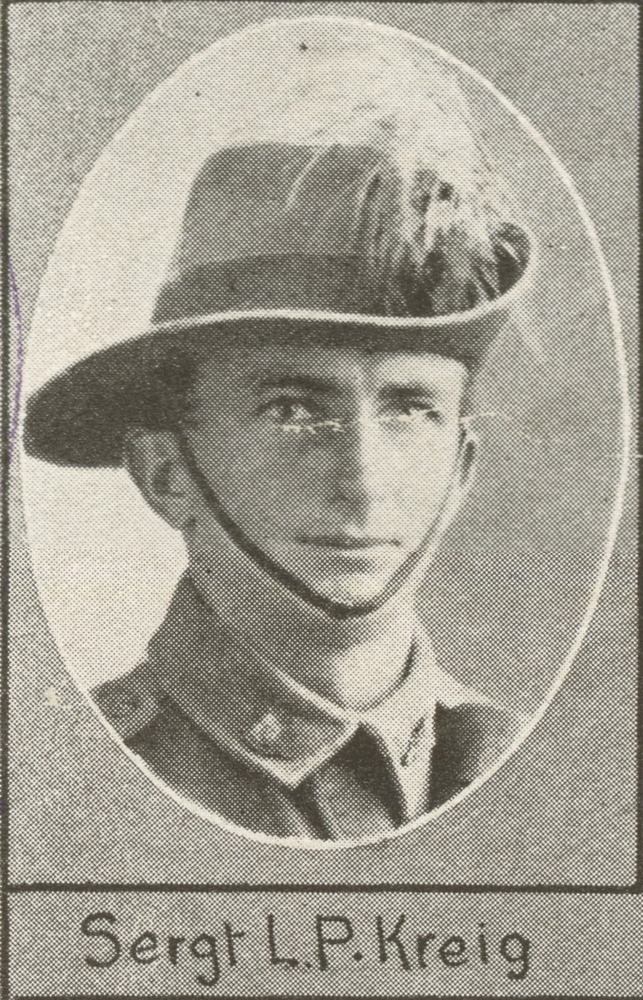 Louis Kreig served with the 5th Light Horse Regiment at Gallipoli from August to December 1915. In Egypt in February 1916 he reverted to the 11th Light Horse Regiment. In January 1918 he was commissioned Lieutenant and seconded to the Australian Flying Corps. After six months training he qualified as a Flying Officer Observer with No 1 Squadron. A month later he was killed in action in a flying accident and was buried at Ramleh the same day. He was 25.