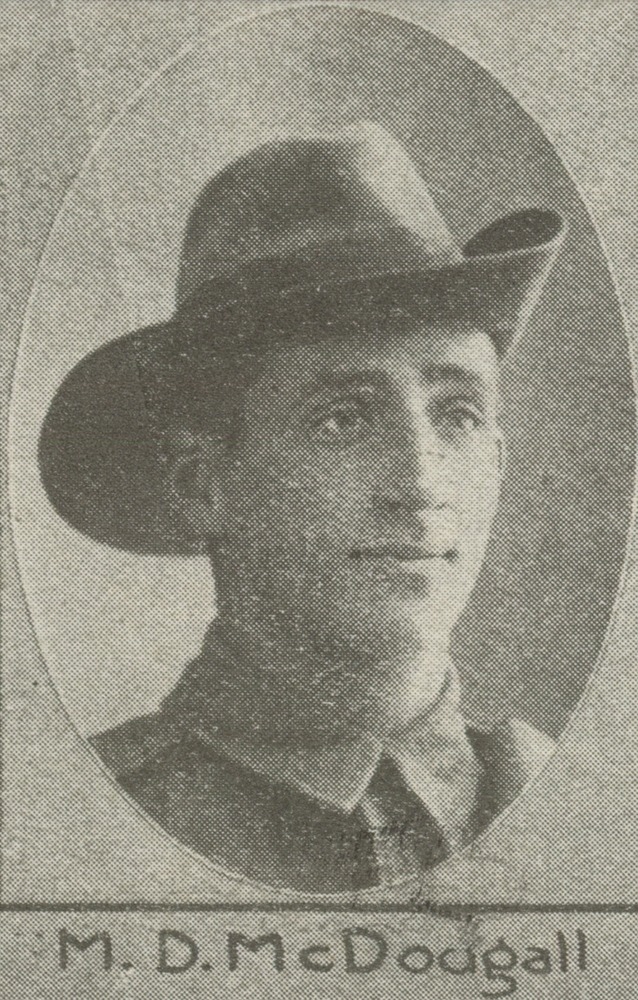 Military Cross citation: "For conspicuous gallantry and devotion to duty on 14th July 1918. In command of Mussalebeh Post, with a garrison of only 79 men, the post was shelled by six batteries for half an hour before being heavily attacked. Though the enemy penetrated part of the trench, they were promptly ejected. When day broke Captain McDougall employed part of his command to bring fire on Abu Tellul, thus supporting the counter-attack by another cavalry regiment. He handled his command with coolness and sound judgment." (Awarded 31 January 1919)