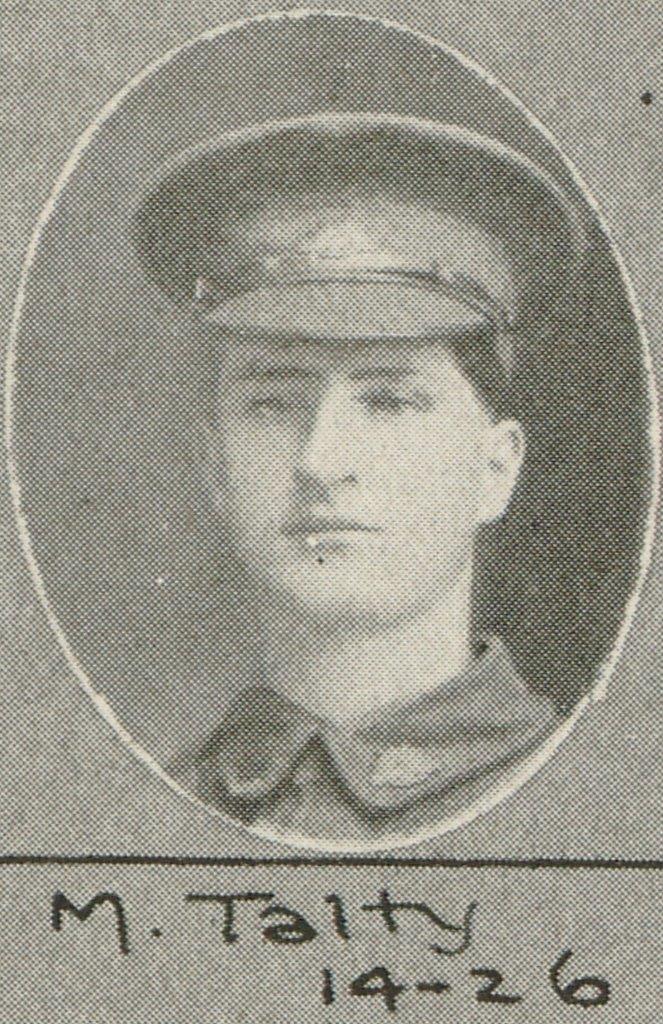 Michael Talty arrived in France with his unit in December 1916. He was wounded in action by a gunshot to his chest at Bullecourt on 2 May 1917. He was admitted to the 3rd Australian Casualty Clearing Station where he died from his wounds five days later. Michael’s mother read about his death in a local newspaper before she was officially notified.