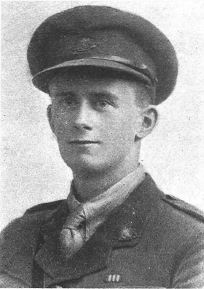 Also named on Independent Order of Rechabites No 3 Roll of Honour.

Military Cross citation: "For conspicuous gallantry and devotion to duty. In a counter-attack this officer led his platoon with great dash against a series of enemy machine gun strong posts, and was largely responsible for his company successfully reaching its final objective. Early in the operation owing to casualties, he had to assume command of the company, and showed great initiative in the consolidation." (Awarded 4 February 1919)

Military Medal citation: "On the 11th April 1917 near Reincourt Private Hatton (and eight others) volunteered, in spite of continuous machine gun and artillery fire, to go out into No Man's Land and collect wounded. At first they got a hostile reception but ultimately by their persistency and determination, they were permitted to carry on unmolested 'til dark. In this manner they saved the lives of many who would otherwise have perished in the snow. They showed magnificent coolness and gallantry and untiring energy in their difficult task." (Awarded 2 October 1917)