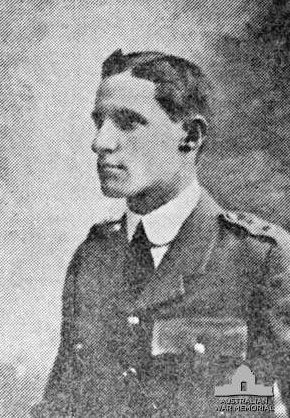 Patrick Walsh arrived in France in July 1916. In October he was sent to the Officers’ Cadet Battalion at Oxford. He qualified for a commission as 2nd Lieutenant in February 1917 and returned to France. In December he was seconded to the Australian Flying Corps and sent to the School of Aeronautics at Reading to become a pilot. Having accumulated 118 flying hours experience, on 30 September 1918 he was practising diving at a target at Leighterton when his Sopworth Camel crashed, killing him instantly. He was 22.