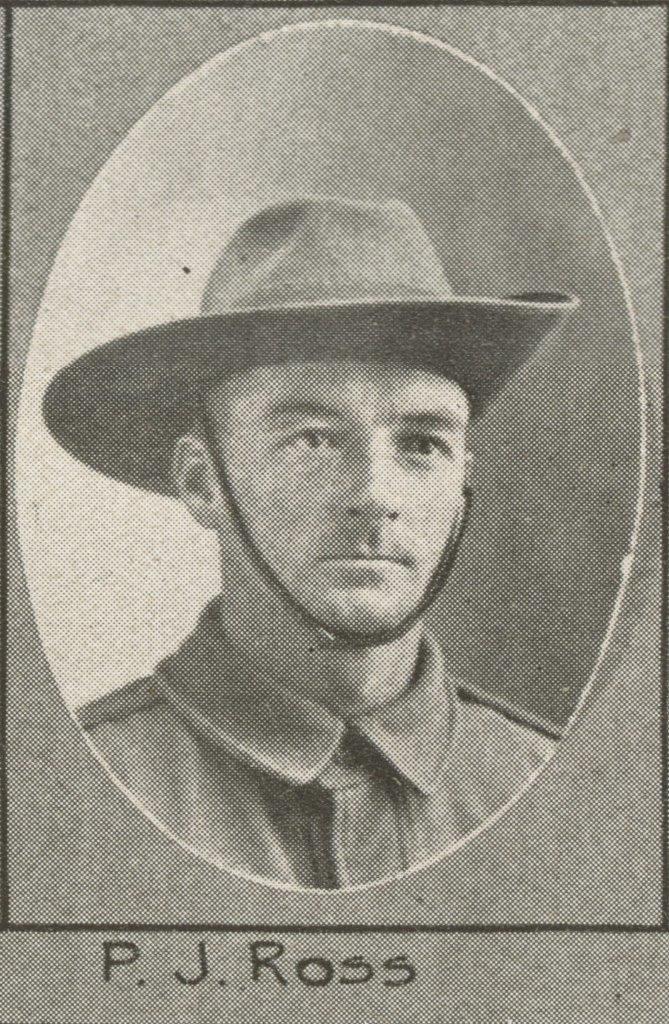 Military Cross citation: "For conspicuous gallantry in the attack on Lone Pine on 6th and 7th August 1915, when he kept his gun in action for forty-eight hours, although continuously attacked at close range by superior gun fire. His gun emplacement was several times almost completely demolished and he was finally wounded. Lieutenant Ross rendered very valuable assistance to the infantry in the attack through his determination to keep his gun in action at all costs." (Awarded 29 October 1915)