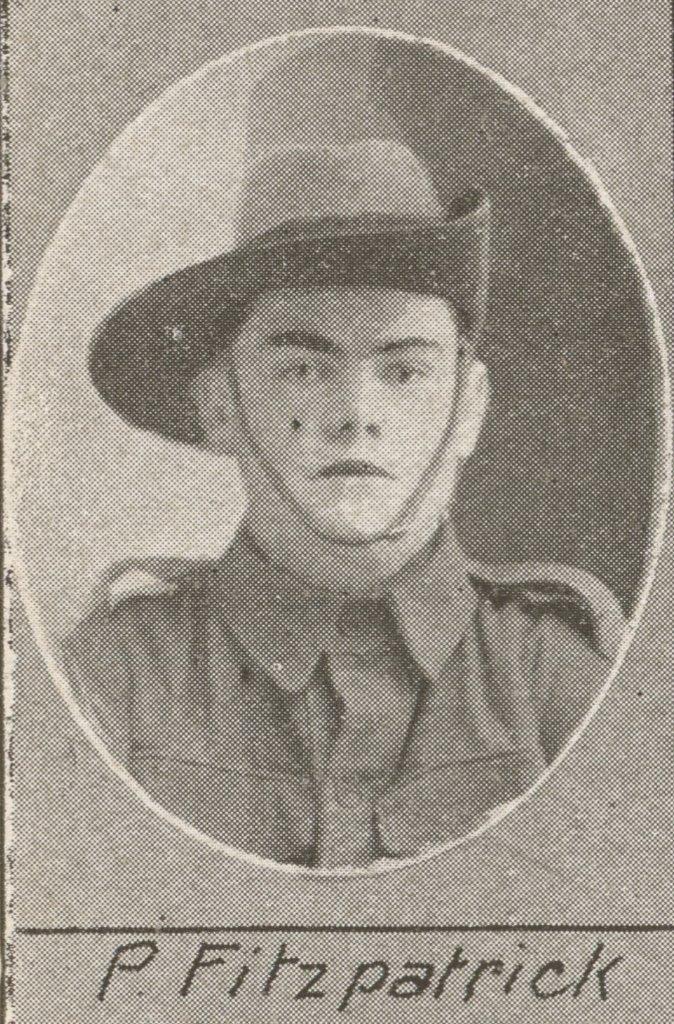 Peter Fitzpatrick arrived in France in April 1916. He was wounded in action in July and admitted to Chichester’s Grayingwell War Hospital. In August 1918 he was wounded in the left foot and by poison gas and hospitalised in France and England. He returned to Australia in January 1919 and was discharged in May.