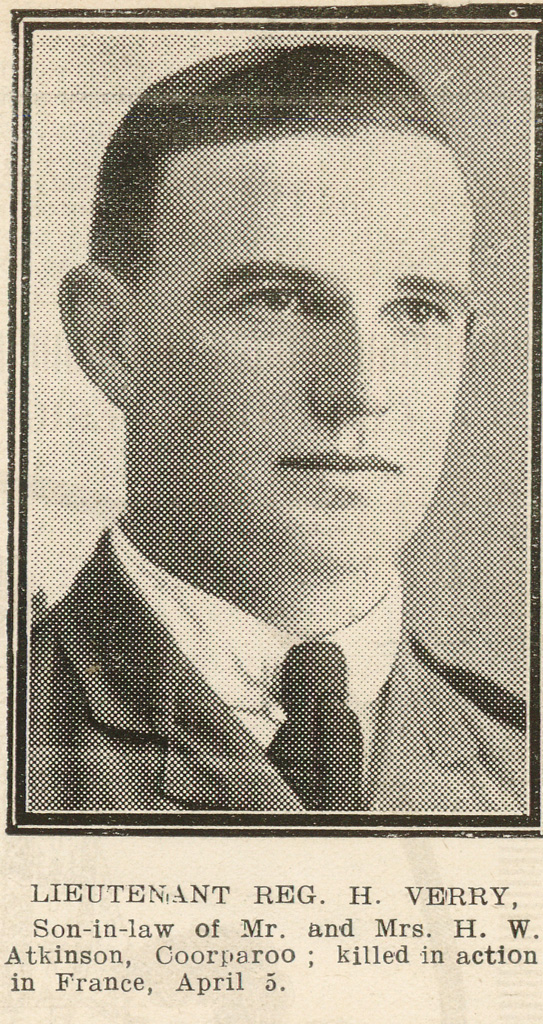 Sergeant Reginald Verry of the 9th Battalion was wounded at Gallipoli on 25 April 1915 and evacuated to Cairo. In July he was invalided to Australia to recuperate. He re-embarked in October 1916, a 2nd Lieutenant with the 49th Battalion. Following three months officer training in England, he arrived in France in May 1917 and was promoted to Lieutenant. In March 1918 he returned to France from leave in England and three weeks later was killed in action at Dernancourt. He was 22.