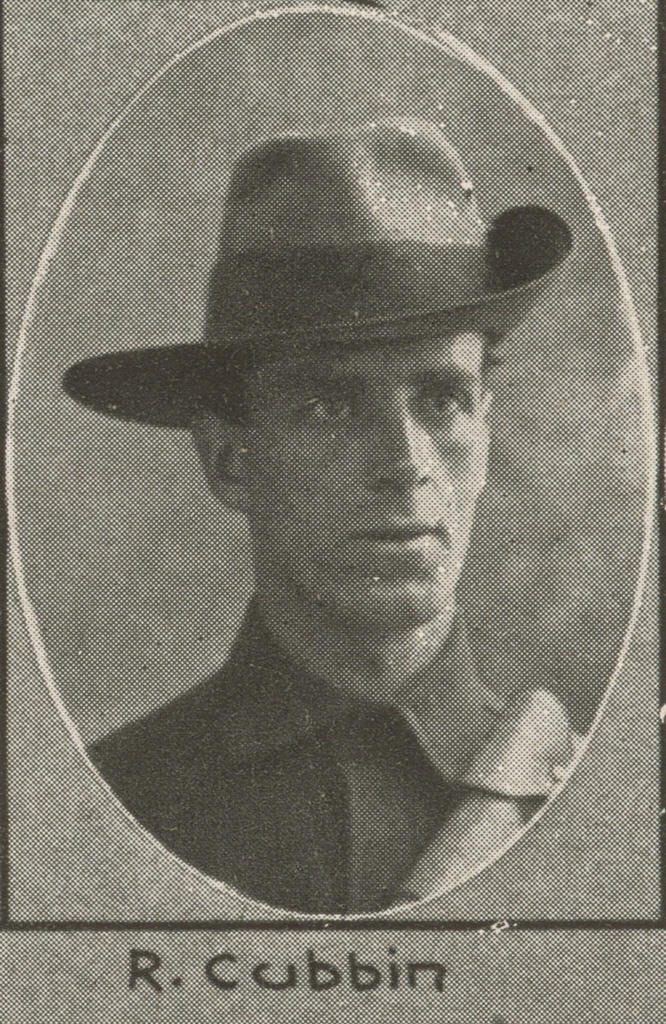 Robert Cubbin arrived at Gallipoli in May 1915. On 10 July he was 'dangerously wounded' in both legs. Eight days later he was admitted to Fort Tigne Hospital in Malta where he died of his wounds.