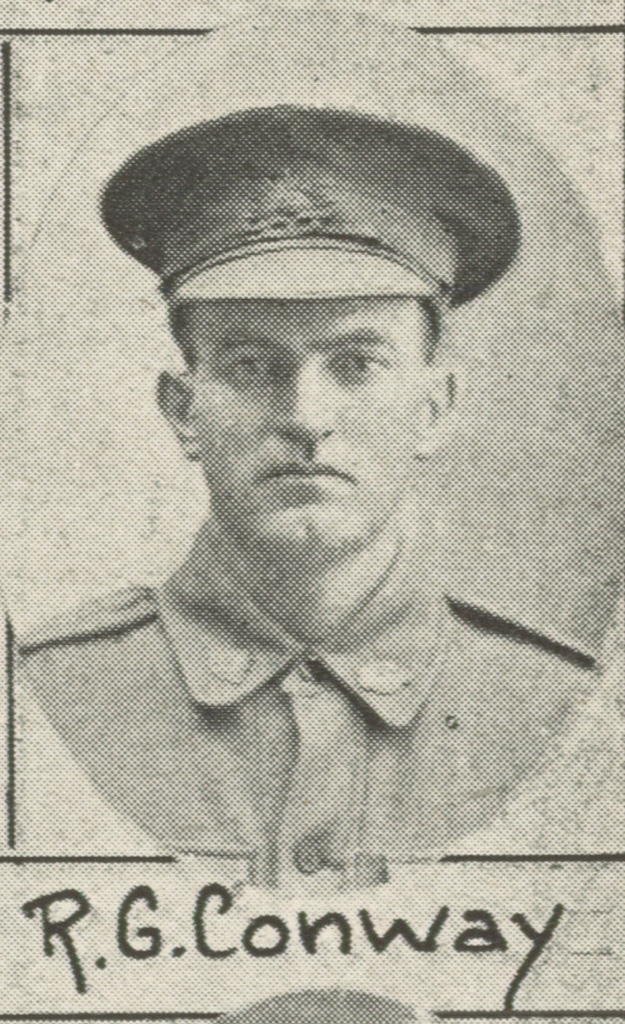 Robert Conway arrived in France in May 1918. Ten weeks later, during the night of 17 July, he was killed in action near Villers-Bretonneux and buried near the Bois de Vraie. After the Armistice his body was exhumed and reinterred at Crucifix Corner Cemetery.