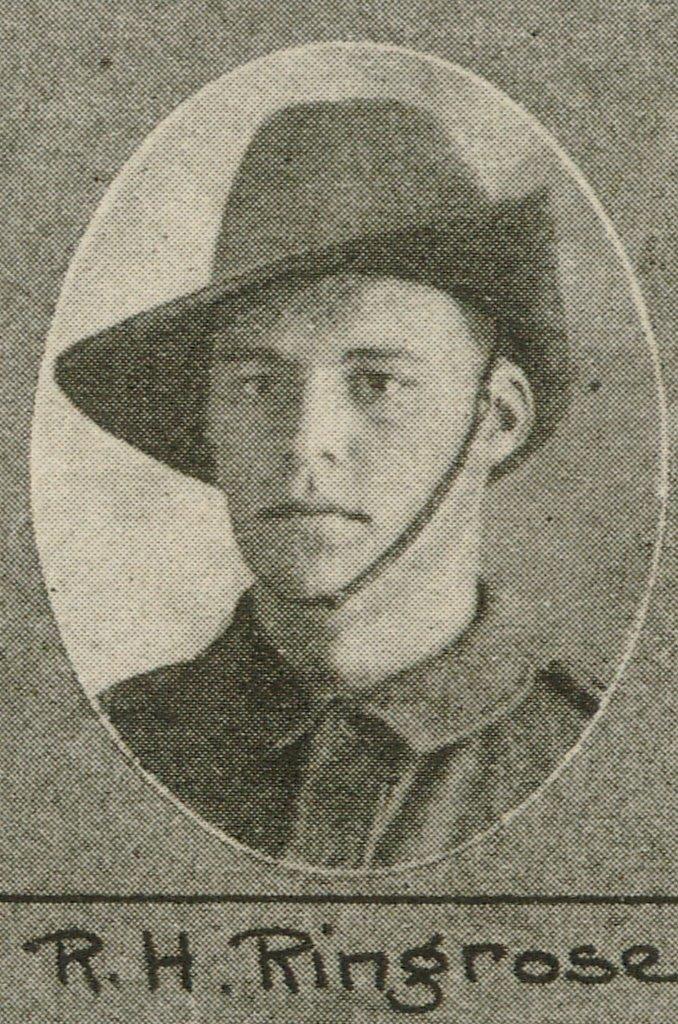 Name on ROH: RINGROSE (no initials)

Military Medal citation: "For conspicuous bravery and devotion to duty near Zonnebeke on the 17th October 1917. This N.C.O. who was in charge of a carrying party attached to the Power Buzzer Section of this Division, although he was ill, led his party with fresh accumulators to the forward stations through heavy enemy barrage fire and across shell-holed and swampy country at a critical time when all other means of communication between Battalions advancing to the attack and Brigades were down. He kept his party together and delivered the accumulators in good order, thus maintaining good Power Buzzer communication. He, although sick, encouraged them in their most dangerous and arduous duty by his example of most brave and untiring work." (Awarded 16 November 1917)