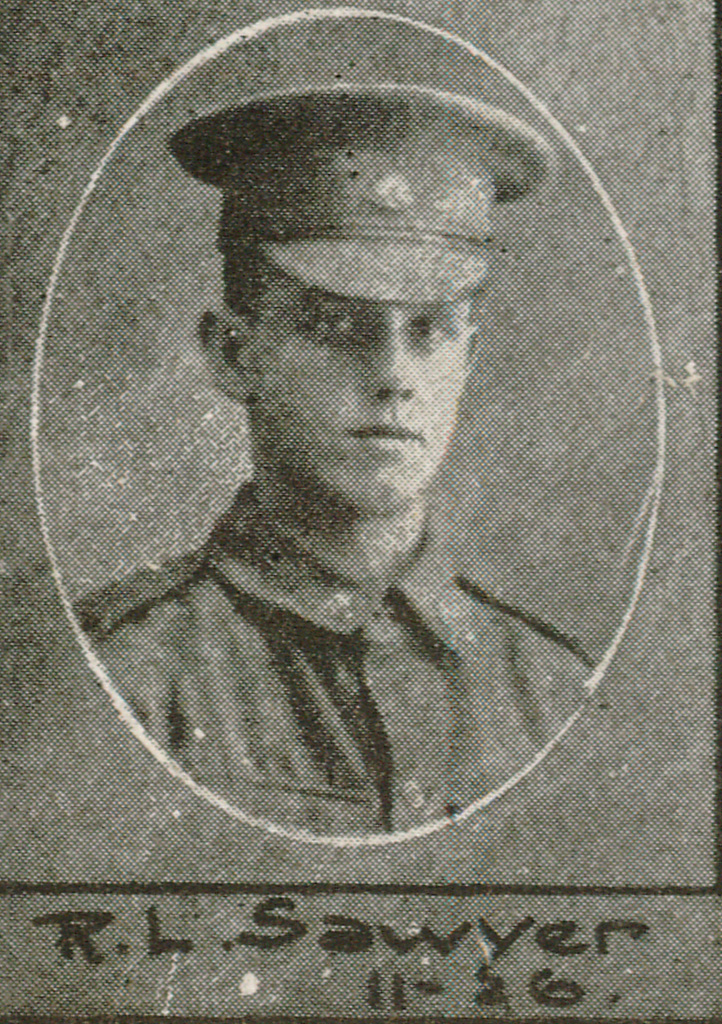 Name on ROH: B. SAWYER

Robert Sawyer arrived in France in June 1916. In August he was admitted to hospital in Rouen with an illness ‘Not Yet Determined’ then invalided to England where he remained until returning to France in November. In Belgium four months later he was killed in action at the battle of Menin Road.