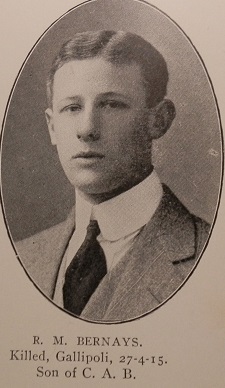 Roy Bernays was among the first Australians to land at Gallipoli on 25 April. Two days later he was killed in action. His body was never recovered.