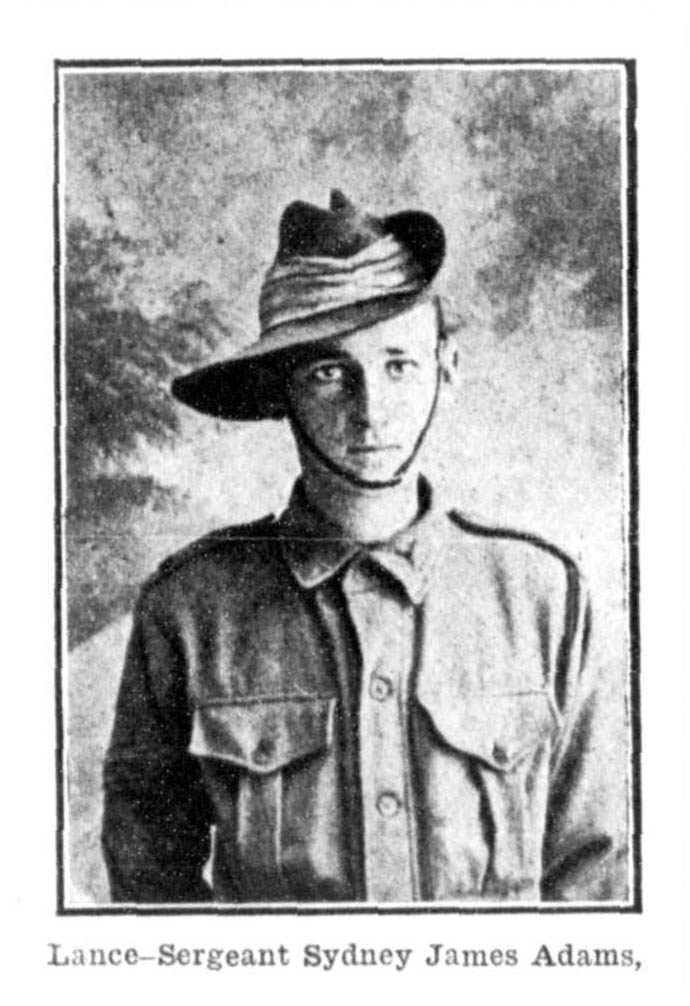 Sidney Adams was among the first Australians to land at Gallipoli. He was killed in action in August at Lone Pine but his body was never recovered. He was only 18.