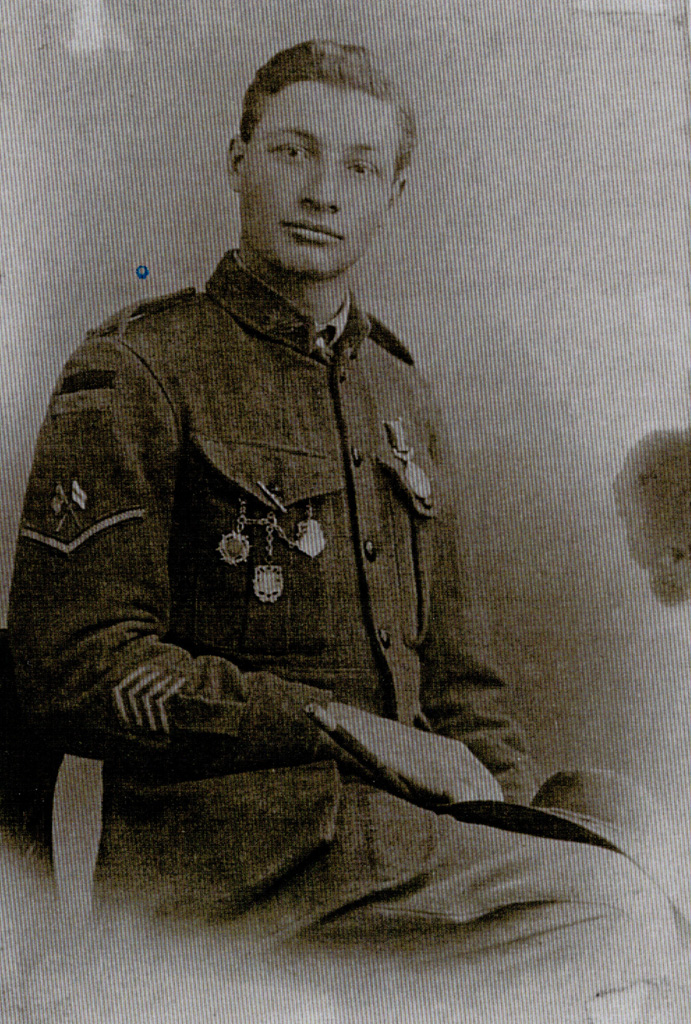 Military Medal citation: "At Lagnicourt, France on the 15th April 1917, during a counter-attack this N.C.O. was mainly responsible for the establishment and maintenance of telephone communications from his Company to the Battalion Commander. On several occasions he repaired his line under very heavy enemy artillery and machine gun fire. His determination and coolness under heavy fire were most praiseworthy." (Awarded 8 May 1917)