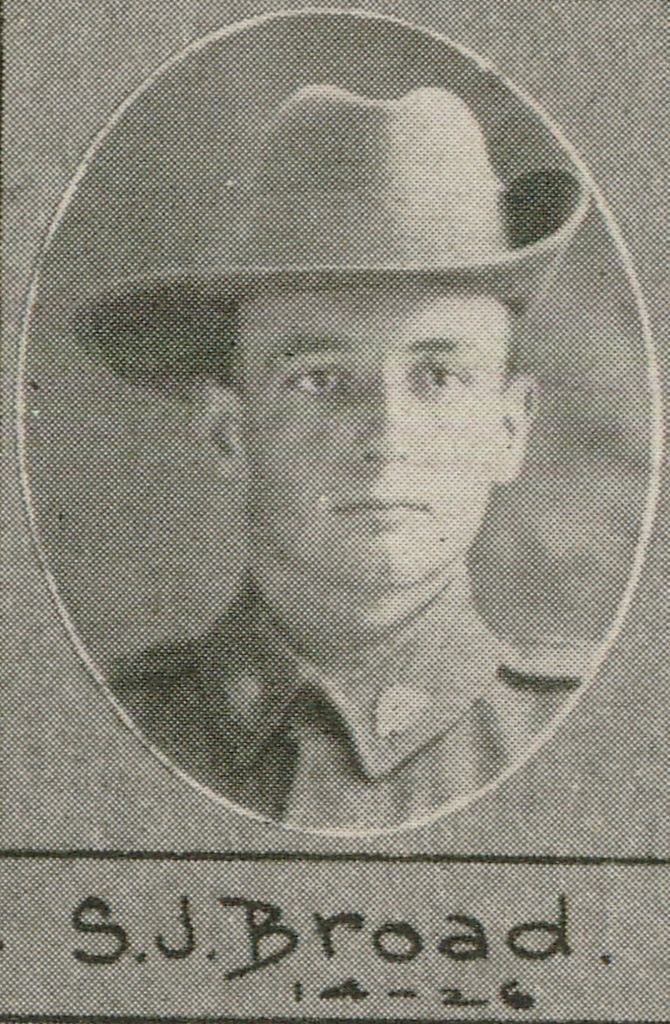 Sydney Broad arrived in France in December 1916. In March 1918 he transferred to the 2nd Machine Gun Battalion. In May he was wounded in action by gas and hospitalised at Abbeville. He was wounded again in September by gunshots to his back and chest and hospitalised in England. He returned to Australia in January 1919 and was discharged in April.