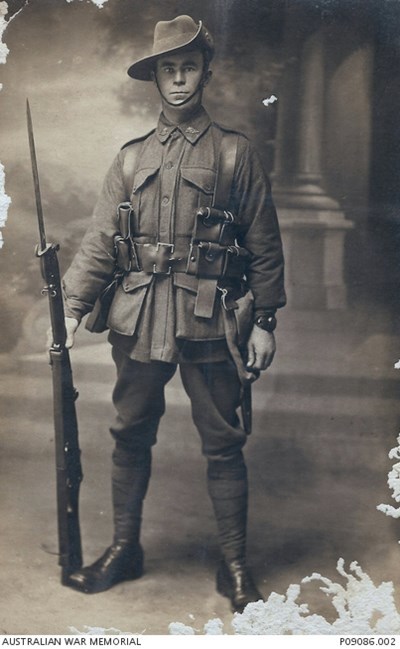 Sydney Cousens arrived in England in October 1916 and 14 months later landed in France in December 1917. At the Battle of Amiens on 8 August 1918 he was killed in action near Marcelcave and buried at Card Copse Cemetery the next day. In March 1920 his remains were exhumed and re-interred at Villers-Bretonneux Military Cemetery