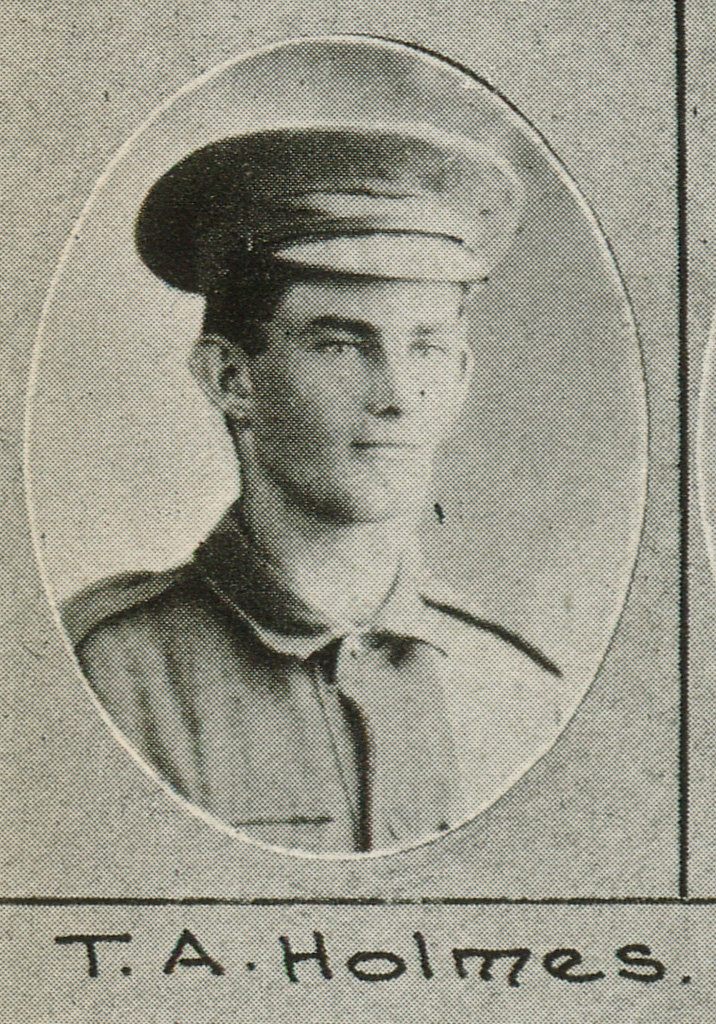 Thomas Holmes joined his unit in France in August 1916. Three days later he was killed in action at Pozieres. His body was never recovered. He was only 20.