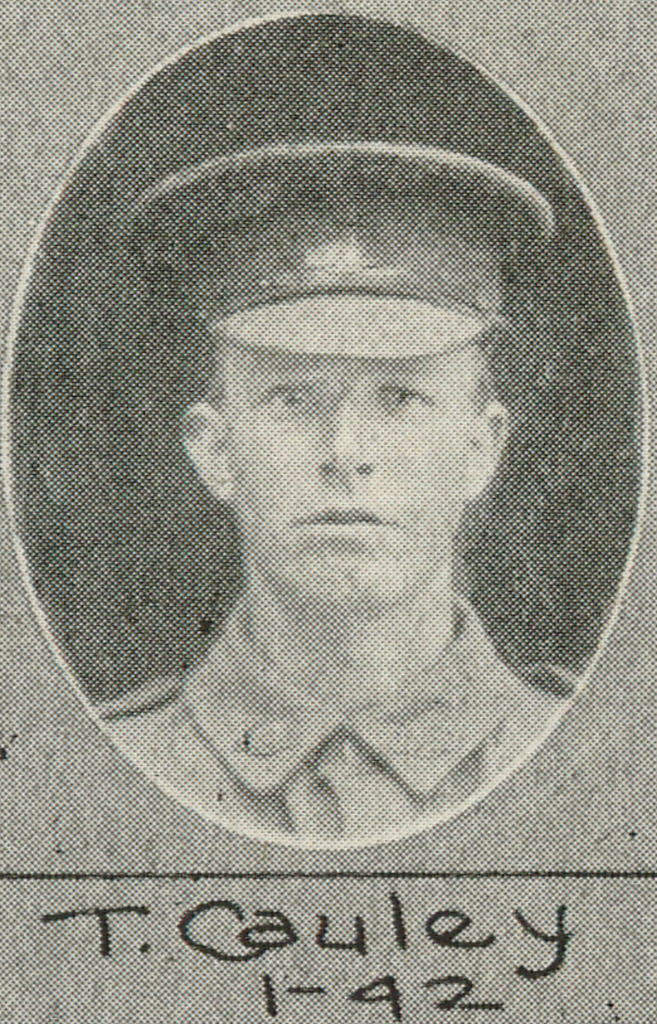 Thomas Cauley arrived in France in November 1916. In July 1917 he was shot in his right shoulder and hospitalised in England. He re-joined his unit in France in March 1918. In August he was shot in his left foot and evacuated to Fort Pitt Military Hospital in Chatham. He returned to Australia in December and was discharged in April 1919.