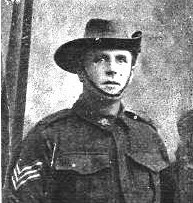 Thomas Foster arrived in Egypt in January 1916 and transferred to the newly-raised 49th Battalion. He arrived in France in June with his new unit  which fought its first major battle at Mouquet Farm in August. In Belgium in June 1917 he was severely wounded in action at Messines and admitted to the New Zealand Stationery Hospital at Hazebrouck. He died there a week later.