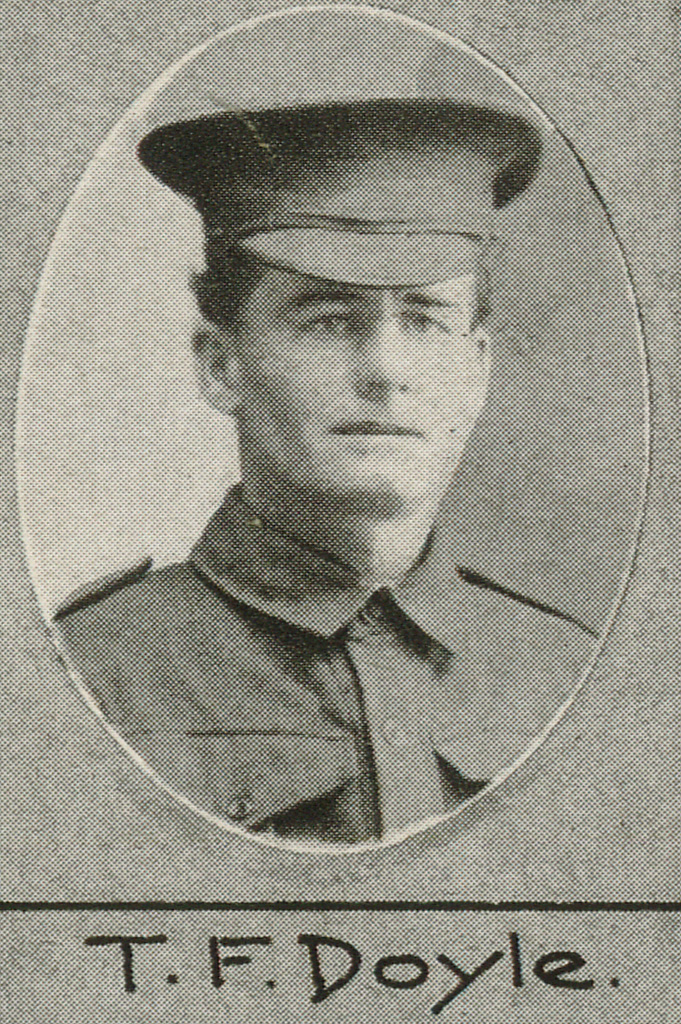 Thomas Doyle arrived in France from Egypt in June 1916. Following heavy fighting near Flers on 14 November he was declared missing in action. A year later a Court of Enquiry confirmed he had been killed. In 1928, twelve years after his death, his mother was notified that his body had been discovered by the Imperial (now Commonwealth) War Graves Commission and was re-interred at Serre Road Cemetery. At last his mother could provide the epitaph for his headstone.