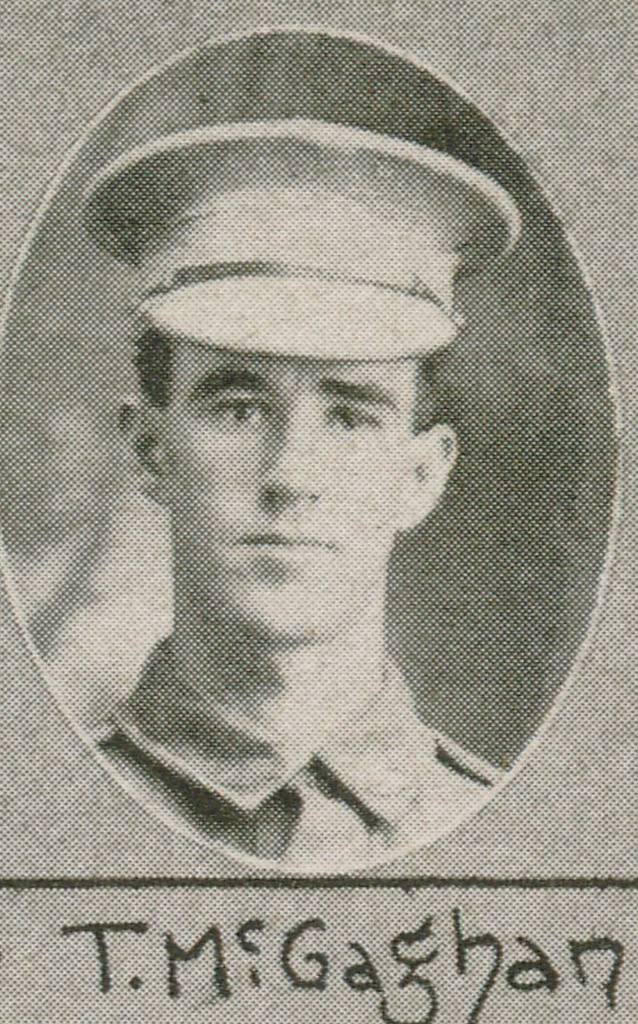 Thomas McGaghan arrived in France in November 1916. In July 1917 at Messines in Belgium he was wounded in action in his abdomen and left arm. He was evacuated ti the 2nd Australian Casualty Clearing Station where he died of his wounds five days later. He was 23.